Ohio House District 13 covers the City of Lakewood and Village of Linndale in their entirety, and parts of Western Cleveland including the Detroit Shoreway (Gordon Square), the Stockyards, West Boulevard, Cuddell, and a section of Ohio City. 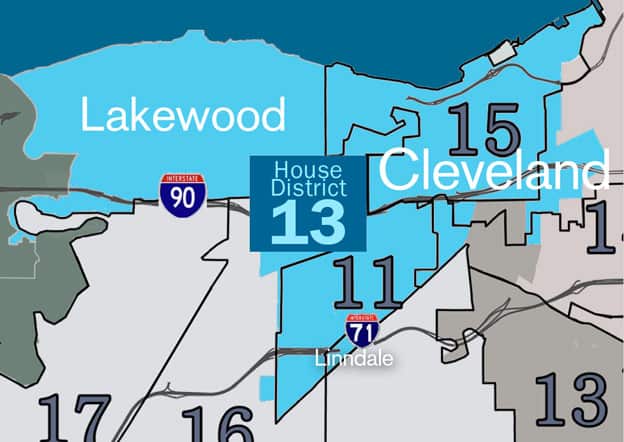 Source: Cuyahoga County Board of Elections