In August, State senator Mike Skindell was the invited guest of the Westlake Democratic Club, whose president Vern Long introduced him by saying that in Ohio’s General Assembly, “there are a few people who will stand up for all of us—this is the guy who’ll lead the charge.” 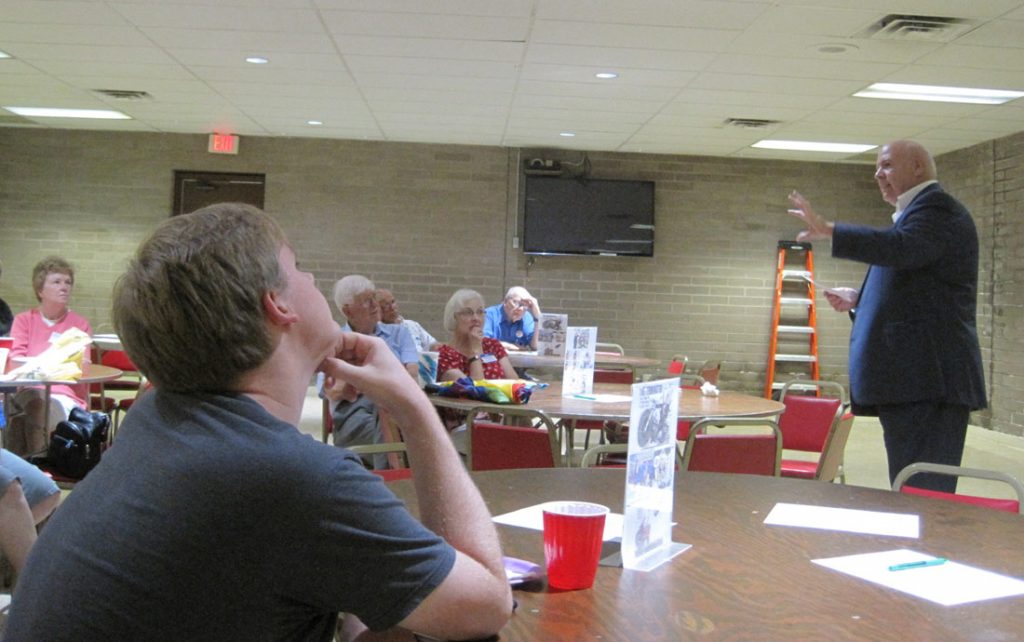 Skindell spent the evening discussing examples of how Ohio’s government, entirely controlled by Republicans since 2011, has by contrast prioritized special interests.

Skindell explained that Ohio is among the worst states in the nation for exorbitant payday lending rates, which trap working people in a cycle of debt. The state passed reforms in 2008, but lenders quickly found a loophole which the legislature’s Republican majority refused to close. As recently as June, the majority went to extraordinary lengths to defeat a motion by Skindell that would have moved reform out of the Finance Committee for a vote by the full Ohio Senate.

Finally in July, modest reform passed the state senate and was subsequently signed into law. Yet, as Skindell noted, the long-delayed effort only got a chance after an FBI raid on House Speaker Cliff Rosenberger’s home shined a light on the payday lending industry’s purchase of outsize influence in Columbus.

The extent of pay-to-play corruption is even more extreme in the story of ECOT, the “Electronic Classroom Of Tomorrow.” Ohioans are beginning to learn the basic story, of how this online charter school charged fees for nonexistent students, and fraudulently siphoned millions of dollars from community schools throughout Ohio.

Just like payday lenders, ECOT’s founder “invested” heavily in campaign contributions to Ohio Republicans, who not only looked the other way but actively worked for years to prevent any close look at ECOT’s books. The Legislative Office of Education Oversight raised some concerns about charter school oversight, for example, and the Republican majority promptly eliminated the agency entirely. Likewise, attempts by Democratic legislators to examine ECOT’s claims more closely were uniformly stalled by GOP leadership.

Skindell suggested that the same skepticism which has finally attached to ECOT, and favoritism toward payday lenders, should also be applied to claims about Ohio’s “rainy day fund.”

While Governor John Kasich likes to boast about building up this fund—which had been essentially emptied during the Great Recession, exactly as a “rainy day fund” ought to be—Skindell pointed out that the money has simply been diverted from indispensable local services. Republicans have cut $1.3 billion from funding for primary and secondary education, and $1.2 billion from local government funds. Local communities have been stuck with the bill.

Now that the rainy day fund is flush, and Ohio has a (projected) surplus, Kasich proposes a gimmick tax reduction that would offer no real benefit for most people.

Skindell said that instead, it’s time for the state of Ohio to invest in community needs once again. He suggested that Ohio can and should leave more than a billion dollars in the “rainy day fund” but use the rest for pressing priorities:

“We need to get local government funding back up. We need to keep police and fire departments funded. These are the kinds of things we need,” Skindell said, and the kinds of community priorities that he will stand up for if elected to the Ohio House this fall.