State senator Michael J. Skindell spoke about environmental policy prospects in the Ohio General Assembly, today, at a well attended meeting of Faith Communities Together for a Sustainable Future. 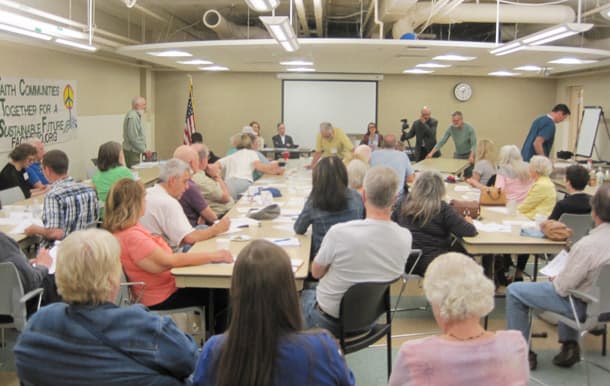 Skindell said that his biggest concern in the Ohio legislature, currently, is a proposal that would impose draconian penalties on protesting fossil fuel extraction projects—and potentially on nearly anyone who crosses a property line in Ohio even unknowingly.

SB 250 applies severe penalties to any trespass on property with “critical infrastructure,” which is defined to include not only fossil fuel extraction sites, but also “electric distribution or transportation lines,” phone and fiber optic lines, cell phone towers, and even “water systems.” 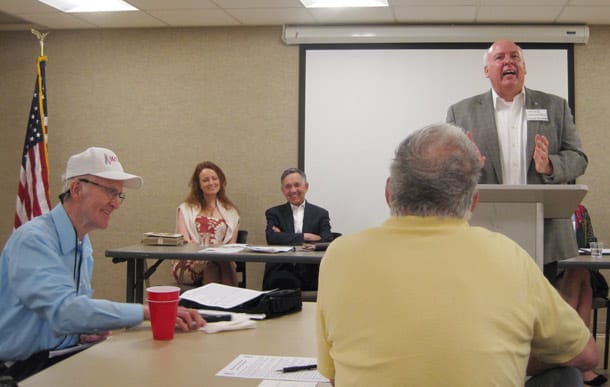 The audience laughed as Skindell noted the absurdity of these broad definitions, yet he warned that “everybody should be deeply concerned about this legislation.”

In addition to SB 250, Skindell advised attendees that he is closely following discussions of wind turbine setbacks—which he has been attempting to reduce since the introduction of current setbacks that make new wind farm development in Ohio near impossible—and of further tampering with Ohio’s renewable energy portfolio standard, which his efforts helped create.

“A lot of decisions could be made in the next five weeks,” Skindell told attendees, encouraging them that “you need to be out there and you need to be talking to your legislators.”

Environmental activist leaders thanked Skindell for his attention to conservation and ecology:

“I’m not hearing environmental issues discussed nearly enough [in this year’s campaigns], except for the few environmental champions we have. Thank you, Mr. Skindell.” – Steve McPhee, Northeast Ohio Sierra Club

“Mike has hung in there, he has been a friend of environmental action.” – Ron Prosek, FaCT president 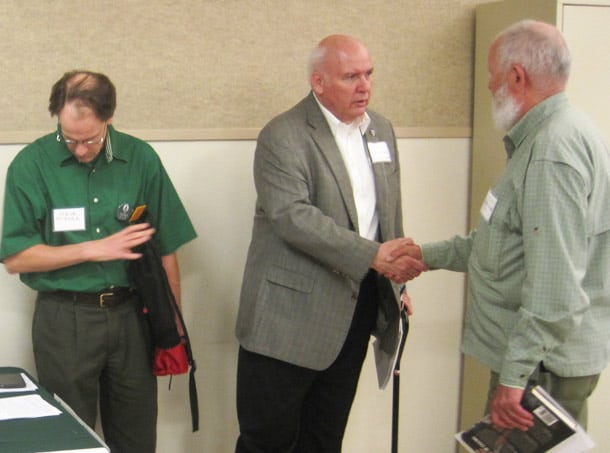