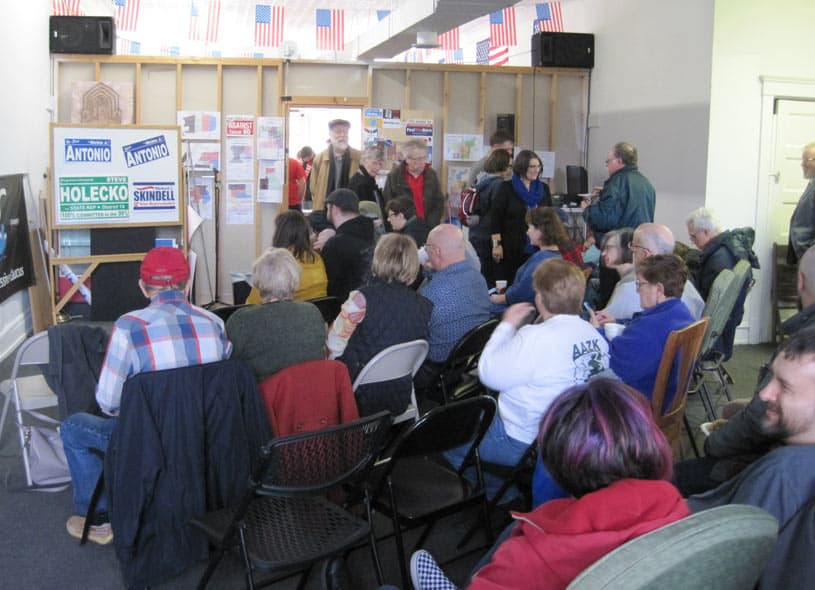 The rally also served as grand opening of a shared office for the campaigns of Skindell, Nickie J. Antonio for state senate District 23, and Steve Holecko for state representative District 14. All three candidates have been endorsed by the Cuyahoga County Progressive Caucus.

Skindell spoke to the substantial crowd about both his history as a legislator, and why he is passionate about continuing in public service as a state representative.

When he first arrived in the state legislature, Skindell said, he began working on issues that no one had even attempted to pursue in years, including single-payer healthcare and renewable energy portfolio standards. Forming a legislative progressive caucus with several Democratic colleagues, Skindell noted that he has focused his attention on overlooked issues throughout his career.

“We took on walmart,” Skindell said, exposing how heavily the retailer relies on publicly funded Medicaid to cover employees whom it denies a good wage and benefits.

Skindell said that he continues bringing unmet needs to the legislature’s attention, including predictive scheduling measures, and prescription drug assistance for seniors with disabilities—provided by most states but not Ohio.

Even in a majority Republican legislature, Skindell said, it’s possible to make progress by putting in extra work: showing up for every committee meeting, introducing amendments to every bill, and knowing policy inside and out.

Skindell, Antonio and Holecko are all seeking the Democratic Party nomination for their districts in the May 8 primary. 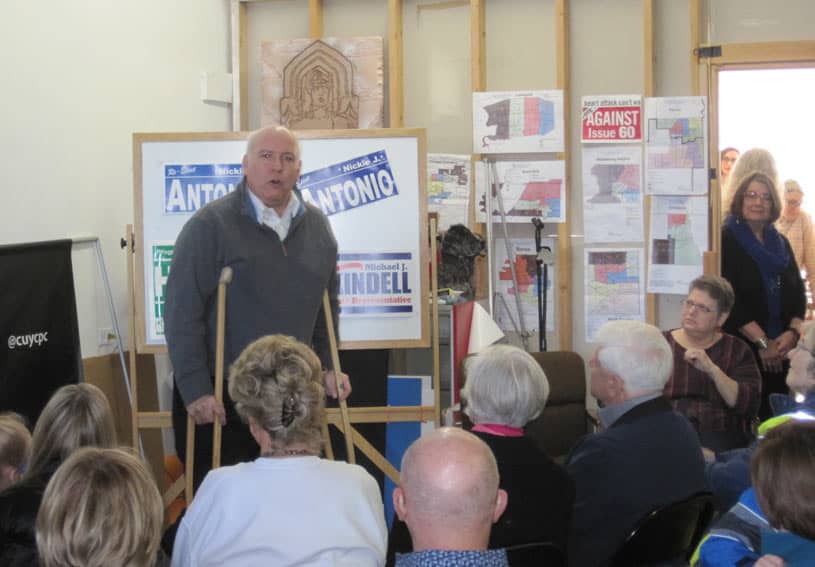